Drohobych – the Centre of Drohobych-Boryslav Agglomeration, county town, the seat of the Drohobych State Pedagogical University im. Ivan Franko, an important hub, center of the oil and engineering industry, Bruno Schulz's hometown, and multicultural urban center, which has a complicated history and has more than 900 years. City , worth visiting, while traveling - traversing the eastern Ukrainian Subcarpathia !!! 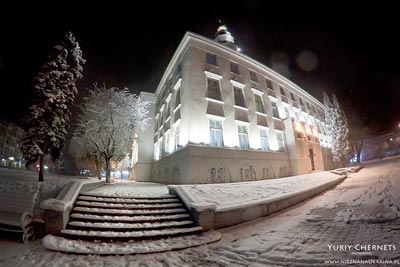 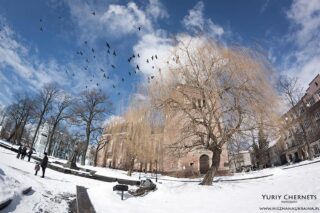 Drohobych is beautiful and charming city ! Has its own climate, differs slightly from other Ukrainian cities of East Prykarpattia. Probably the difference, significantly affected by multicultural population ! Drohobych inhabitants are Ukrainians, Poles, Russians and Jews, who live here side by side for ages and ignoring the different historical misunderstandings, conflicts and wars - fell theirself a big family !!! 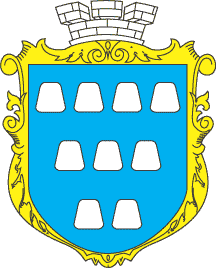 We would like to proudly present to you this city, because it is worth admiring, and because, that the authors of "Unknown Ukraine" – come from this city !!! With a sense of sentiment and a mental bond with Drohobych, we invite you for a short journey through the streets of this town !

Apart from the blocks and buildings of socialist realist of edge of the city, and powerful and huge industrial areas, encourage you to visit the very center of Drohobych ! 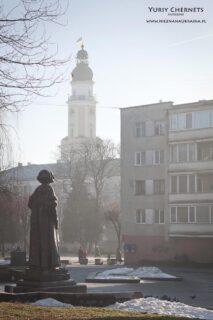 It is center which indicates the cultural diversity of its inhabitants, here are standing next to each other powerful Roman Catholic Church, Orthodox, Greek Catholic, and Jewish Synagogue ! It is here that the charming and narrow streets of downtown remember the authorities of Polish, Austria-Hungary, Soviet Union and independent Ukraine govern ! It was here where lived and worked Bruno Schulz, here was born and was murdered ! It is here where developed pre-war elite: Polish, Jewish and Ukrainian ! It is here that residents are proud citizens of the city ! 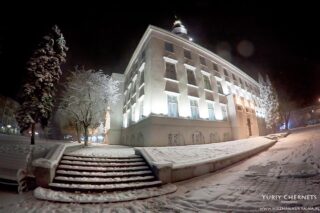 From various sources appears, that Drohobych already has more than 900 years, some people say and write, that even 917 !! Invariably it is clear fact, that "the city saw a lot", had a different hosts, functioned at different ages under different banners. Many famous people come from Drohobych, it is hard to mention all of them, because the list of their names will not have the end ! 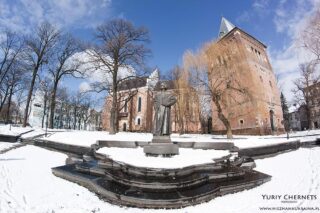 Situated on the Tysmennycia and Seret Drohobych (49° 21 '0 "N, 23° 30 '0 "E), at the beginning of its existence, was a small settlement / stronghold, became an important point on the map of Europe. This was connected with the creation Salt mine, which supplied salt to all the neighboring towns, principalities, and even countries ! The method of brewing salts, brine, which came from the "Salt Pond", boiled out and packed in barrels / package of salt . It is these 9 packages of salt / barrels - appear on Crest of Drohobych. Interesting is the fact, that plant manufacturing Drohobych salt, still works and supplies salt to the local shops and homes ! So the tradition of brewing salts survived to this day ! 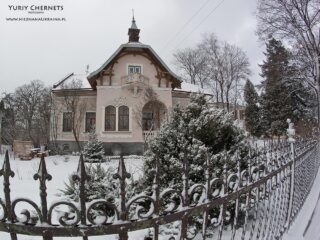 Old town of Drohobych has classic pattern – City Market Square in the middle of Town Hall and spreading radially in all directions streets. The current appearance is modeled on German law, which was established in the area during the reign of the Austro-Hungarian Empire. Prior to this period in the center of town was a Roman Catholic church dedicated to St.. Bartholomew. So after changing the government, urban center has been artificially shifted in another direction, thus matching the urban layout to German law (current status). In the course of history Drohobych belonged to different countries. Also passed through the city many front lines during various wars and rebellions. 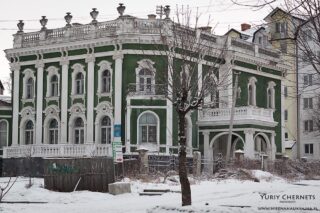 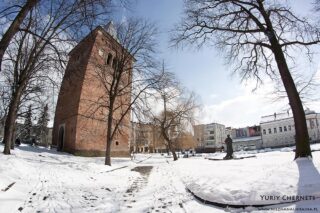 The most important monuments of Greek sacred architecture in Drohobych include historic wooden churches. An excellent example can serve two original churches:

Church of St.. Bartholomew, built in the end Fourteenth century during the reign King Casimir the Great. The massive building has part of the Romanesque and Gothic. Is located next to fortified bell tower, who served as defense during war. Initially church complex was surrounded by massive walls and earthworks, which was abolished by the Austro-Hungarian rule in the nineteenth century. In times of after the war the church was converted into a salt warehouse, which led to a degradation of the interior. The Church is located in the center near the Market, is one of the major sights of Drohobych.

The number of Jews living in Drohobych before September 1939 year – can provide enormous size of the temple. 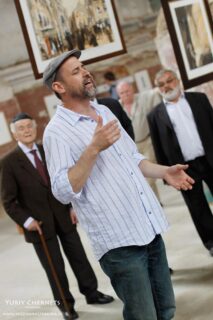 The Great Synagogue in Drohobych – was built between 1842-1865, for the needs of the local Orthodox clusters. Sometimes called „Choral” (ukr. Хоральна синагога), is one of the largest synagogues in Central and Eastern Europe and the largest in Western Ukraine (the largest synagogue in Eastern Galicia). Was built in the mid-nineteenth century on the place of a small, wooden synagogue, which burned in the year 1713. Since the start of World War II, synagogue was fed to a state of insolvency. After the invasion of troops of the Third Reich was ravaged and converted into salt storage mined in Drohobych. After the establishment of Soviet power in this area, synagogue was used as furniture store.

In years 90. authorities returned a local synagogue to Jewish community, that by the combined forces is trying to restore the original appearance of the temple and the function. In addition to this synagogue in Drohobych there are other. Unfortunately, now they are adapted and adopted for other purposes. An example may serve – City boxing club in the building of one of the synagogues.

The area of ​​Eastern Galicia for centuries has been inhabited by Jewish population. According to population census carried out in the Austro-Hungarian Empire, Jewish population in Drohobych in year 1880 accounted for approximately 50% of the total population and play a major role in economic.

World War II, brought annihilation of the Jewish population in numerous concentration camps (including Sobibor, Auschwitz-Birkenau, Treblinka, Majdanek, Belzec and Chełm). Many Jews were killed directly in the Jewish ghettos and the executions carried out in places of residence. It is estimated, that number of Jewish victims in World War II was about 6 million. people. In like manner also has been the destruction of Roma minorities (gypsy).

In modern times, on the Polish-Ukrainian borderland Jewish communities are few. Many families have emigrated to Israel, U.S. and settled there permanently. According to the census in 2001 year Jewish nationality declares around 92 k. Ukrainian citizens, which gives 0,3% total population of the state. Unfortunately it is difficult to estimate the number of Jewish people living in Ukraine, this is probably due to the reluctance to declare their origin by the citizens. 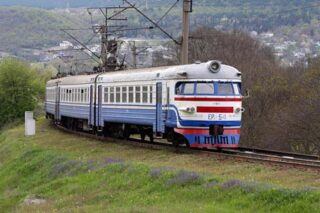 In Drohobych smoothly functioning public transport (14 urban lines), are good connections to other cities in the region and Ukraine, and Polish. Daily operates two bus stations (AC-1 and AC-2) and railway station ! People, who want to go to Drohobych can read the article "TRANSPORT TO DROHOBYCH".

It is worth going to Drohobych and feel the climate of this charming and quiet town ! 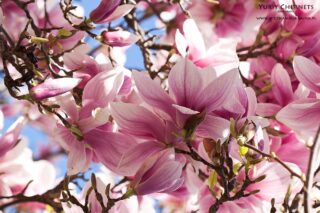 Has anyone of you been already in Drohobych ? Please write in the comments your own perceptions and memories !

Great photos for the article 🙂

And looks like accommodation in Drohobych? You can find a cheap accommodation, whether options are the only hotels? In advance thank you for answer!

Dominik, the database is from a few years very slowly expands. So the choice is not enough and the price is not small.
You can write to me, registering your website, message with the details and on-the-spot, being in Drohobych, I find something suitable.

Need accommodation for 3 grown men going on bikes with 29/30 April. We have our sleeping bags

Christopher Hi! Best see here :accommodation at nieznanaukraina.
As silent in Drohobych, You can find the appropriate localities situated close to accommodation

And I was born at Skotnickiej at 3 where was our House (stands for today) I have a 2608020XXXX SOCIAL SECURITY, I live in Warsaw and I mention his youthful days, that lasted until the summer 1939. Baptized in the church dedicated to St. John the Baptist. Baetłomieja uczęśzczałem to gymnasium. King Władysław Jagiełło in the school year 1938/39. I have preserved school ID. Years 1932-38 I spent mine in Boryslav. “Henry” in Tustanowicach. I was friendly with Lord Professor Taduszem Sparrow, which experiences a lot of facts and stories.

Yours Drohobyczan headed by the President of the Warsaw branch of the SPZD p. Romuald Kołudzkim – Stobbe. I recommend the album with a concert of the Lord Schreyera, that showed how to sing Polish songs beautiful Polish language without accent East and Jewish

I greet all the Association of friends of Drohobych!

25 years ago, I was in the Drogobyczu hospitality at friends. Then our contact broke off. After a few years I wrote to your old address, but no response (build a House, I guess to him they). I would like to find them, If anyone can help me with this

Are there any maps with street names of Drohobych? I mean the pre-war maps.

Looking for people , who know can history ” Villa Bianca ” in Drohobych , in Lower Silesia does Ms. Anna , which may be the granddaughter of Dr. Leo Himmel radiologist . Unfortunately, our we sought stalled. Maybe some of you know of any details of this family.
My email address a.andrzejow@vp.pl

My father was born on Drohobych in 1920 and eventually settled in England via Siberia , Iran, Monte Cassino.
I am visiting Drohobych in early May and want to find his street and family house if still there.
He lived on Ulica Golebia until being deported to Siberia with his family during the war.
I would like to find out if this street and house still exists.I am sure the street name will now be different .
If anyone knows how I would be able to find out this information I would be very grateful

In Drohobych Street. Truskawieckiej resides Methodological Center for Teaching Polish restaurant in the building of the former Mrs. Cielińskiej ( my aunt)
Drohobych I left with my parents and family 1945 r as a small child, But few people remained in Drohobych.
I am seeking family and friends Aunt Cielinskiej, and related family Prockow whey or anyone who could provide any information about them and their loved ones.