SALO (The Lard) - for each Ukrainian - This is not just a Word, This is not only the product ... This is something more ! In this unique, White and bold product, conceals the tradition of Ukrainian village, Ukrainian cuisine, Ukrainian delicacies ... This is the element of life, Ukrainians and some Nations wschodniosłowiańskich ! Many associates "słoninę Ukraine" as a symbol of national, as kalina, sunflowers, steppes ... things, which have been firmly placed in our awareness ! Tell the time, that when "The real Ukrainiec in childhood begins to speak - the first is his word "PIG" not "Mama" :) This is, of course, a joke, but it says about how the Ukrainian people is associated with English Bacon. In today's article we want to get closer to you "SALO" - This wonderful gift of nature ... :) 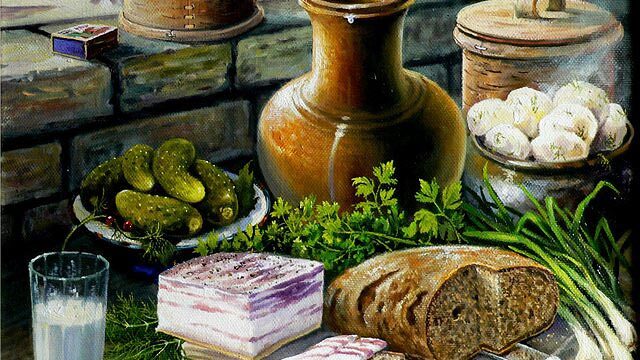 WHAT IS THE LARD FOR UKRAINE?

SALO This is often the basis for genuine dishes of Ukrainian cuisine. 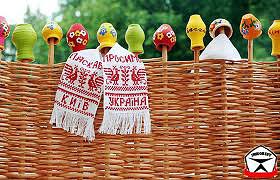 Without this wonderful product and products “sałopochodnych” You cannot prepare a real Ukrainian dishes: 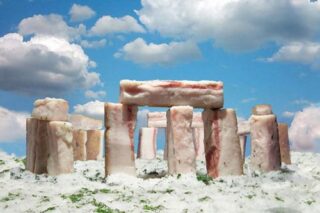 BEETROOT, POTATOE DUMPLINGS UKRAINIAN, UKRAINIAN SOUPS, ZASMAŻKI OF UKRAINE, LARD AND GREAVES, … and many many other – Without the SALAD it is impossible to prepare in Ukrainian ( It's not going to be a – This will not affect the SOUL) !

Of course SAŁO in pure form – also is RUNNING FROM ! This is a perfect starter, Apéritif, zakąska … This is enough caloric product, that even small pieces to ensure replenishment for a long time.

As an appetizer goes perfectly with fresh vegetables: pomidorkiem, cucumbers, onions, …, and also with the Ukrainian bimberkiem or other alcohol. It is satisfying and tasty, It may be gentle, While the acute, spicy, Salt … 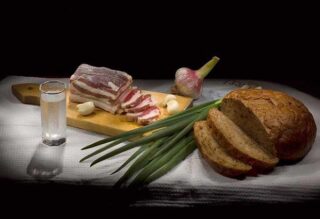 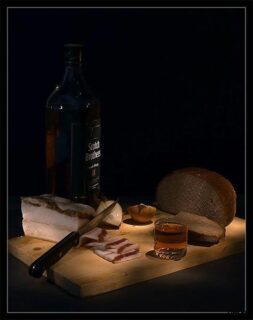 Sało, lard, Greaves – This is the key to Ukrainian traditional dishes ! Rich in fat, as “artillery” gives the Ukrainian cuisine and a TASTE of POWER ! What you can buy in the supermarket and various shops network Poland – This is not a SAŁO – This is parody … znieważanie the true HALL !

On Ukraine, carry on bazar (the market), the meat on the village and there kupcie jatek real SAŁO, natural słoninę, pig, that does not eat some dog food “świnio-cow” – because the pigs eat the village: syrups, cream, feed with grains, coffee husks, Apples, the plum tree … and sometimes even the bread and milk from cows ! Together with the natural habitat, nature, host care, After some time, the world comes to UKRAINIAN SAŁO !!!! 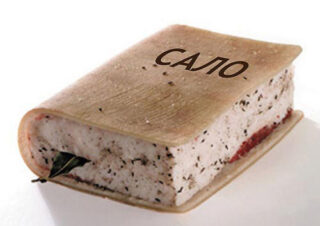 Specialty is organized annually on Western Ukraine: Galicia, Volhynia, The Carpathians, Bukovina and Transcarpathia is Ukrainian, unique “FESTIVAL OF MEAT, LARD AND CLEAR BORSCHT”: worth a visit 🙂

WELCOME TO UKRAINE AND WE ENCOURAGED THE UKRAINIAN HALL !

And maybe to add a calendar of events for 2013? Less about beetroot soup, but it's sało…

Ewa Hi! calendar of events for 2013 He was in the plans, but for lack of time not yet implement, I hope that however it comes:)

I look forward to it! My fellow lit up on sało, the more that a friend had brought us a piece from Kaliningrad. Wcinamy with pleasure.
Peasant suggests (as for the future) make a list of addresses and days in each (more hiking) cities. I know, It's katorżnicza robot, but not everyone is proficient in Ukrainian, about the Cyrillic alphabet not to mention… And with you is really what to buy.

Hello
Please improve the article about the author:
1) vegetables and not ważywa !
2) Cook and not przyżądzić !
Other errors please look for yourself. For me, it's just a shame and żenada. Bows to the elementary school !

Hi Robert!
After 1 Thank you for the sensible suggestions, I do not know where creeping errors, the author of Polish language is well known, probably a bad time for writing.
After 2 absolutely do not understand the attitude of, What here is żenada shame? Errors does not make the, who does nothing!

The Holy true Yuri,the commits errors what does nothing

This, that one person does not like it does not mean, that this is not one of the most popular products in Ukraine.

I personally do not like, but I know just a huge number of people for whom this is a great delicacy… and they are both from Ukraine and Poland 😉

To have the sentence is worth a try, only worth buying good, and not just what.