National Symbols, are symbols, that visually and verbally present value and the continuity of history of counties, nations and regions. Under these symbols community members gathered on the occasion of patriotic celebrations. History shows, that national symbols, even if every day considered as a trivial thing, in moments of history become so important, that to protect against desecration the members of society are willing to sacrifice their lives in their defense. National symbols of Ukraine are: Ukraine's national anthem, National Flag of Ukraine, National Ukraine Coat of Arms and Motto of Ukraine . 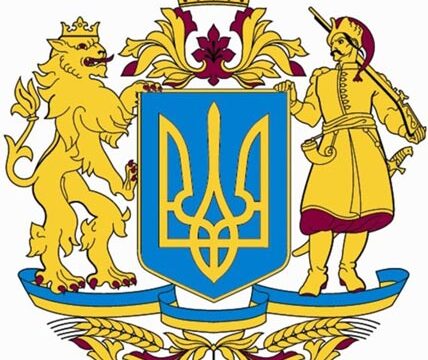 "Ukraine is not dead yet" (ukr. Ще не вмерла Українa), is the national anthem of / Ukraine. Text was written by / Pavlo Chubynsky (ukr. Павло Чубинський) – ethnographer and poet from Kiev, created the text in the 1862 year. The prototype for the future of the Ukrainian national anthem has become a – Dabrowski's Mazurka. The music was composed in 1863 years a priest, composer and choral director – Myhaylo Verbitsky (ukr. Михайло Вербицький).

The song quickly became popular all over Ukraine. During the revolution in Ukraine in 1917 was officially adopted as the national anthem of Ukraine. 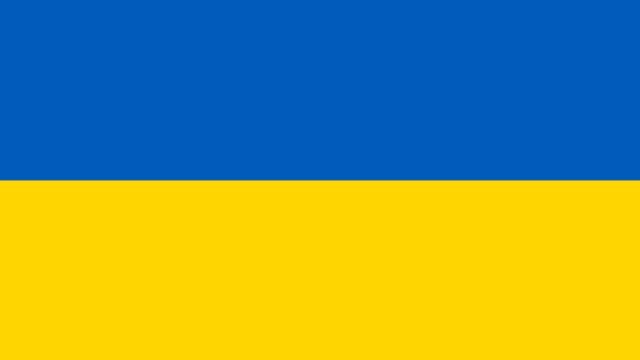 Colours of the state of Ukraine, come from the arms of the Principality of Galicia-Volhynia – Galicia-Volyn principality (ukr. Галицько-Волинське князівство, Lat. Regnum Galiciae and Lodomeria). On the coat of arms and flag of the principality, yellow lion – was placed on the dark blue shield. Under the yellow and blue banner with the image of a lion on a rock climbing, regiment of Lviv region fought in the Battle under Grunwald. 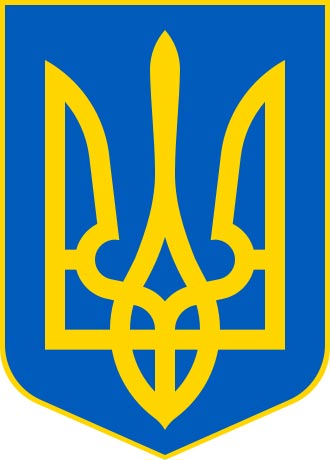 National Coat of Arms of Ukraine:

Coat of arms of Ukraine, is trident (ukr. Тризуб), on the blue shield, which was officially adopted in 1918 year. Trident symbolizes the sovereignty of the country through the written inside Ukrainian word "freedom" (ukr. воля). „В” is left "tooth", in the bottom is inscribed "О”, in the middle "Л”, and in right "tooth" is inscribed "Я”. 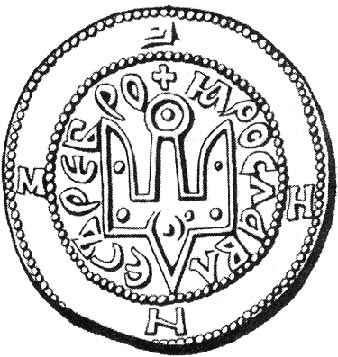 Tryzub is known in heraldry since the days of Kievan Russian Vladimir I the Great. He was a symbol of the rulers of the ancient tribes of the Vikings – appeared on the territory of today's Ukraine and was acquired by Ruthenians – becoming the Ruthenia princes coat of arms (Kievan Rus'). 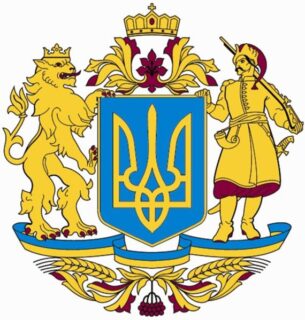 Coat of arms great variation has not yet been officially approved by the parliament of the reasons for the lack of a sufficient number of votes and the resistance of some parliamentary factions !!!

What do you think of the importance of national symbols in everyday life? Do you in difficult situations for the nation, can unite? Please leave your thoughts in the comments!

Myhaylo Verbitsky – author of the music for the anthem of Ukraine was born in the city nadsańskiej village Ulucz, near from the Good of the nobles, in the District of Sanok in 1815 y. This village – nota bene – deserves a special command to all lovers of architecture monastyrskyi due to the town's wooden church, one of the oldest in Poland, ulokowaną on “splantowanym Summit” the steepest and wooded mountains – in the zamierzchłych era grodziska. This space is undoubtedly its genius loci. In turn, the grave of the composer is in the village Mills,the distant about a dozen kilometers from Radymna,just when Poland – Ukrainian border crossing point Korczowa – Krakowiec. Verbytsky was parochem of the Orthodox churches in Mills – so far, the existing. The grave of the composer – stosunkwo refurbished – przyozdobiony is the nagrobkiem in the shape of a Maltese lira. Rushing to Ukraine by the said border is a good stop for a while at the grave “pioneer of Ukrainian songs”, the enjoyment of the reflection on the fate of Ukraine.

The most worth visiting and the village, and the grave of the composer. Thank you for interesting story!

I've heard of the novel from the village, from old people, who no longer live,that in Ukraine the peasants painted fences (It seems even the apartment) the color yellow and blue. One mean, that the House is Virgo, second while, that it is not (I don't remember that). If anyone knows something more on this topic? How I'm wrong I apologize.