CITY OF PRIVATE Zhovkva In 1597 year, Crown field hetman Stanisław Żółkiewski founded the town of Zhovkva / Zhovkva. It was, like Zamosc, private city, belonging to one family. Officially received city rights in 1603 year and over the centuries changed its owners. These included such well-known families as Daniłowiczowie, Hidden categories: and They. Among […] 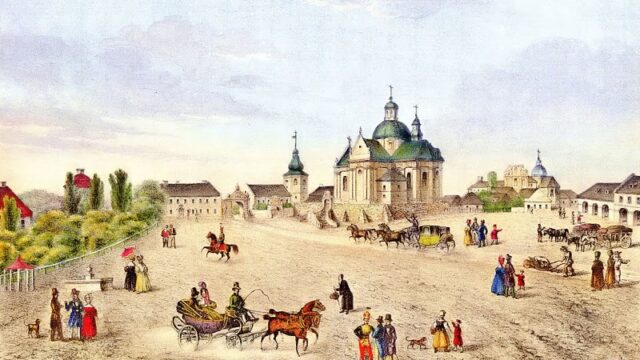 In 1597 year, crown hetman Stanislaw Zolkiewski founded the city Zhovkva / Zhovkva. It was, like Zamosc, private city, belonging to one family. 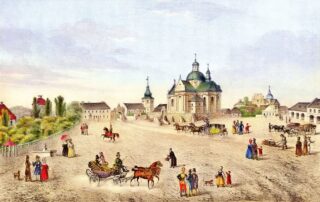 Officially received city rights in 1603 year and over the centuries changed its owners. These included such well-known families as Daniłowiczowie, Hidden categories: and They. Among the most important monuments Zhovkva replace: Dominican parish church dedicated to St.. Stanislaus Lawrence and built in the early seventeenth century, a defensive synagogue built in the late seventeenth century (under renovation), and the historic Castle Sobieski, Market and City Hall from the fifteenth – Sixteenth century. Today is the urban center Zhovkva, the city has the status of a district in the Lviv region. As part of the castle, which operates a preserved historical museum open to the public. The old buildings of the city are now in the reconstruction. 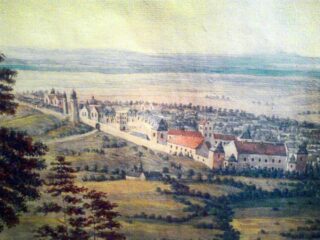 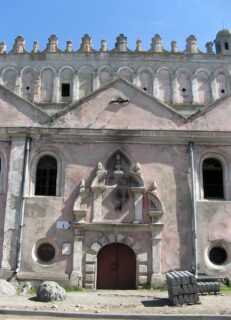 Synagogue Zhovkva / Y Жовкві Синагога ranked among the largest synagogues in Europe, posiadających character obronny. It was built on-site synagogue derived from the time location of the city Zhovkva. As a result of fire in 1625 year old wooden synagogue was destroyed. Ten years later, the owner of the town Zhovkva Stanislaw Danilewicz allowed the construction of a new, brick synagogue. Finally completed in the seventeenth century with the financial support of King Jan III Sobieski. The temple served as the religious to the outbreak of World War II, and during the occupation was partially demolished. After finishing the war was the decision of local authorities turned to the composition. In 2000 year transferred to the Jewish community buildings, and devoted to the creation of the Jewish Center of Galicia.