Nemyriv / Nemiroff - Urban-type settlement in the region located in the Lviv region Jaworowski. Resort to regional significance, Situated in a pine forest. Spa managed in the second half of the twentieth century by the Ministry of Health of the USSR, then over the management of municipal and private. 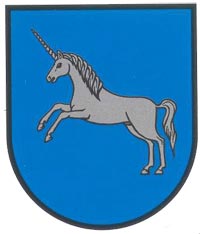 Nemyriv / Nemiroff - Urban-type settlement in the region located in the Lviv region Jaworowski. 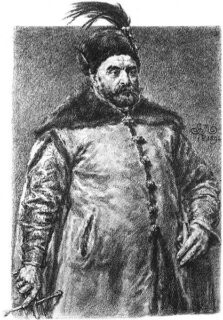 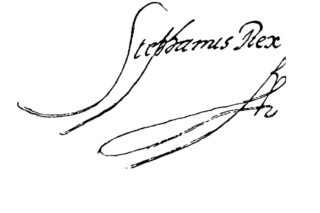 Since the nineteenth century, developed in the vicinity of Spa function. Not far from Nemirowa 1814 a resort with an analogous name operates in the year. It is a resort of regional importance. Occur on its territory the source of sulfur, which were classified as the best in Galicia.

During the reign of the Austro-Hungarian Empire to the outbreak of World War I was a famous resort Nemirów, having a spa park, Pump Room and about 10 willi / B. The whole was surrounded by pine trees. Mined here in addition to mineral water, borowinę, which is also used in the process of healing. The activities of the resort was revived during the interwar. After the Second World War, the Soviet authorities sent a protectorate over the resort of the USSR Ministry of Health.

Near Niemirowa, between the village and the village Dubrowica(Dąbrowica) is a huge area of former military poligonu, bordering the National Park Jaworowskim(nature Mites). Ground s was one of the largest in the European part of the SOVIET UNION, often held on the joint exercises of the countries of the Warsaw Pact. At the moment, still from time to time, trains there Ukrainian army, However, as is the passage through the poligonu of civilians in periods of free from military exercises. On the road goes to the ruins of the Orthodox Church and the old cemetery already non-existent village Wiszenka United. The hills poligonu offer a beautiful panorama on the Mite Polish and Ukrainian. I recommend the passage – for example, bicycle – from Niemirowa to Janowa Lviv by Dubrowicę, sites jaworowskiego poligonu military.

On the main road leading from Niemirowa to Russian Rawy is a Potylicz worthy of mention and show for two reasons. Primo, is there a lot of sizes Cemetery from World War II, with the graves of German soldiers; secundo – and above all – There are wonderful drwniana kilkusetletnia Orthodox Church, a true jewel, similar in its construction and effect of the “friends” situated in the niedległym Radrużu, After the Polish side kordonu border. I Recommend Potylicz!!!

(A) whether the Church is acting, is there access to the center of the. Because e.g.. Drohobych to one of the wooden Orthodox Church is intermittent access, and, in the second, almost any.

(A) the extent to which the reason was a cemetery of German soldiers there?

In the Orthodox Church in Potyliczu I was in 2008 y. The bicycle was traveling through the Potylicz route from Rawy Russian to Niemirowa. Orthodox Church in 2008 y. used in accordance with their intended purpose. Inside I access without problems because they're "was open and were on the agendas.
Cemetery and Potyliczu operates on the basis of the agreement between Ukraine and Germany. Buried on it were German soldiers who have been in the vicinity of the Potylicza. Pochówki continue to be held because they still are found the remains of dead soldiers in war. There are also similar cemeteries in Poland, eq. in Przemyśl.

Arthur, for years I dream about , to go on my grandmother's side of the family, maybe even to itself, If you have enough forces.. Where best to go abroad? Is it safe will go on their own, your car, without knowledge of the language, etc.. I want to see only the Nemyriv Zdrój, in and around Niemirowa. I will be obliged for your reply.

If someone from your contemporary photos mound/kurchanu 48 the fallen Cavalry 7 Cavalry Regiment? Apparently, the mound was in the old cemetery in Niemirów he enrolled for a. Thank you in advance for your help.

last summer 2019 we passed through Niemirow on our way to Lviv, Lubaczow / Budomierz transition. There is a road on the Ukrainian side from some crossing 2-3 km perfect (built on the occasion of creating the transition), later, however, the journey to Niemirów was terrible – holes and cat's heads for about 3-5 km, slalom riding.

I intend to return to this area in 2020 summer / bike, because it stops close on the Polish side – my grandmother comes from Wroblaczyna near Niemirów and look for some history there.

My great-grandfather, Kazimierz Wiliński, was born in Niemirów in 1866. He studied medicine in Odessa, became a doctor, and lived in Winnica with his wife Tekla and daughter Zofia. In 1922 he moved to Lwówek near Nowy Tomyśl.