Introducing another part of promoting films about Ukraine. Four more will present you beautiful views, places especially Carpathians, Crimea, Khersonesos, Alushta, Kiev, Lviv, Castle Olesko, Chernivtsi, Donetsk, and other .... It is worth seeing these places mandatory! 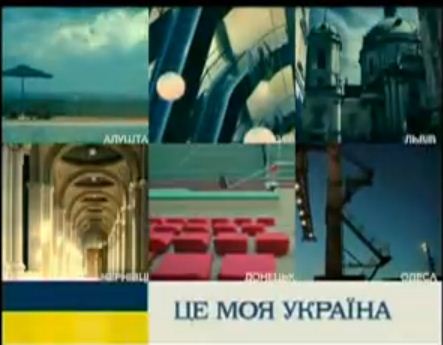 Huculshchyna (ukr. Гуцульщина) - unique, ethnographic region in the western part of Ukraine. From here comes, Huculy – highlanders Ruthenian-Wallachian origination, who created the original regional culture in the upper basin of the Prut and Cheremosh. Comes from here also, Hucul horse (Hucul) - Horse bread, appreciated for life, strength and resistance. It is a mountain bread, So without any problems these horses, can carry loads even on the icy mountain paths.

Ukraine (ukr. Україна) - huge and beautiful country located in Eastern Europe. Independent and sovereign State, which in the Soviet era, was second after the RSFSR – the largest by population and economic potential of the Soviet republic. Area of ​​the country is 603 700 km ² !! It borders: Belarus, Russian Federation, Poland, Slovakia, Hungary, Romania, Moldova and the Black and Azov Sea. Has the largest resources of Chernozem in Europe. Ukraine is located in climates: temperate continental and maritime. The population is approximately 46 million, which gives 26 place in the World. Ukraine's national anthem: "Ukraine is not dead yet", the motto is: „Freedom, Harmony, Good”.

In this promotional film, such places of Ukraine appear:

In this promo-film about Ukraine you can see:

Alushta (ukr. Алушта) - a wonderful resort in the Crimea, on the shore of the Black Sea. It is located next to the road: Symferopol – Yalta. Alushta is a major tourist center in the Crimea and Ukraine.
Kiev (ukr. Київ) - The capital of Ukraine. Situated on the River Dnieper, is the largest city of Ukraine. Research Center, Educational, political and cultural of Ukrainian State. Place of Christening of Kievan Rus in the 988 year. The cradle of Russ statehood nations.
Lviv (ukr. Lviv) - The capital of Lviv region and the largest city in Western Ukraine. In 1998 year, Lviv downtown is a UNESCO World Heritage Site.
Chernivtsi (ukr. Чернівці) – a town in Bukovina in the south-western part of Ukraine (Western Ukraine). Located on the river Prut. It has a beautiful historic old town.
Donetsk (ukr. Донецьк) is the name of the current, until 1924 year - or Yuzovka or Yuzov, whereas in the years 1924-1961 - Stalino. Donetsk Oblast Capital, main industrial center of the Donetsk Coal Basin. It is the fourth largest city in Ukraine (agglomeration – 1 566 000 residents 2004 year), the city has an industrial character. Along with neighboring urban centers creates conurbation - like the Górnośląska conurbation (GOP).
Odessa (ukr. Одесса) - The capital of Odessa Oblast. Odessa is the largest seaport of Ukraine. Important transport node: Marine, Rail and air, and yet beautiful, unique and unrepeatable city.