The third part of short promotional films about Ukraine from which you will learn about Ukraine and the Ukrainian nation, representatives of the total population of about 45 million worldwide. You will also see a bit of Kiev, Lviv, Donetsk and other beautiful towns and places of Ukraine. 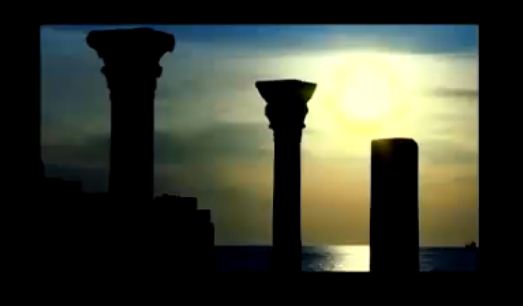 Ukrainians (ukr. Українці) - This big East Slavic nation , living in Eastern Europe. Together with the Russians and Belarusians - Ukrainians, are descendants of Ruthenians. According to the statistics of Ukraine, total worldwide population is about 45 millions of Ukrainians. In Ukraine, lives – 37,5 million, in the Diaspora – there are more than 7 millions of Ukrainians. The name Ukrainians – as a nation, appeared only in the nineteenth century.

Ukrainians (ukr. Українці) - It is mainly Orthodox nation. In the west of Ukraine, mostly Greek Orthodox Church profess. Major influence in Galicia, Bukovina, Volyn and Transcarpathia – have Protestantism and Roman Catholicism. The Muslims live in Crimea – these are mainly Crimean Tatars. There are also Jewish communities. Also, do not forget, with a large number of atheists – legacy of the Soviet period.

Ukraine – young European country with a rich culture, history and traditions. Located in the heart of Europe, never ceases to amaze and attract tourists from around the World. Ukraine is a "cradle" of Ruthenian nations, "Mother" of East Slavic nations. It is here in 988 Ruth was christened, it here in the summer 2012 EURO Championships will be held 2012 ! About this beautiful and rich country, in the past – wars took place !! It is not strange - Ukraine is beautiful !! Ukraine is waiting for you !!

What do you think of these short films, about their content and sites, which they shown. Please leave your thoughts in the comments!