In times of "the reign" USSR, the city of Kharkiv, was one of the largest and most important centres of weapons in the Soviet Union and the Warsaw Pact. It is in Ukraine, the Soviet built such a great tanks as: T-34, T-44, T-54, T-55 and T-64 ... Production and development of the next version of the latter combat vehicle was the task of the Kharkiv Construction Office named after Morozov and Kharkiv Plants named after Malyszev ! It was here the famous T-80 was constructed, that gave start to the magnificent series of tanks T-84 ! 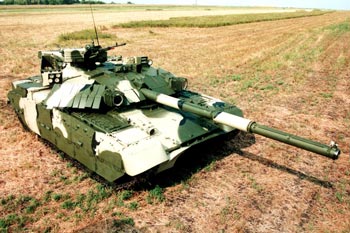 THE TANK of UKRAINE T-84

In the mid-1950s 80. in the twentieth century, “armoured vehicle-launched bridge” resort in Ukraine began the production of art in the early Soviet tanks: T-80. After the collapse of the USSR – Ukraine dynamically joined to fight for world markets. Yet in the 1993 year in ChKBM decided to continue development of the T-80. A year later, the duplication of putting together the first prototype tank T-84. His name can be found references to the famous charkowskiego T-64, from the times of splendor of the military power of the Soviet Union. 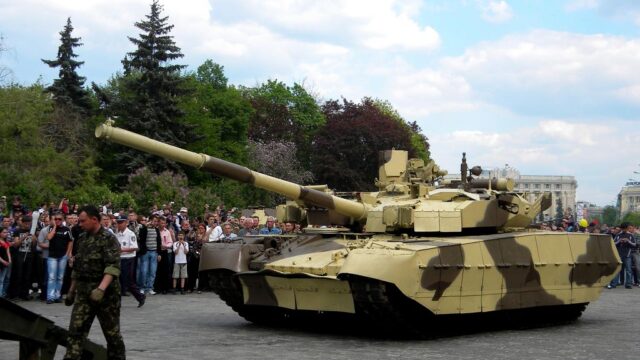 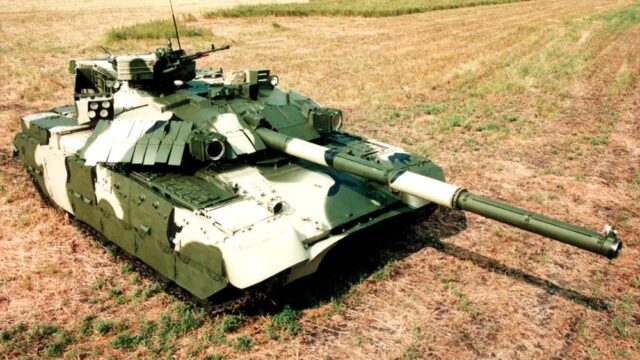 Gearbox gear -automat (It is also possible to manual),

Brody, the depth of the immersion – 1,8 m (without preparation) and 5 m (after preparation),

Possible different modifications of weapons ! For example, the T-84 “YATAGAN” -is compatible with weapons and ammunition of NATO !!! 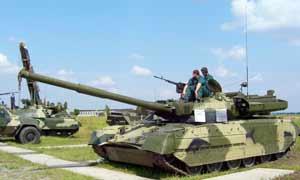 Data technical, photos and parameters of this beautiful machinery You can find at: 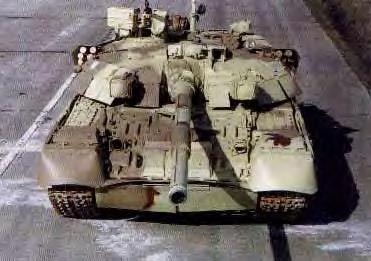 Yet in the 1999 year, a new version of the T-84 entered in the armament of the armed forces of Ukraine ! Now on many of Ukraine's 200 tank T-84 ! With the new, improved tank, Ukraine – again joined to compete on the world market an ironclad …

Kharkiv is the second largest city in Ukraine. It is also one of the largest industrial centres. In an era when Ukraine was a Soviet Republic were there some of the largest armaments production plants (tanks), air (Bets Antonova) whether the chemical. There are still places in Kharkov, which resemble narco that city. One of them is the graveyard of tanks in the Repair of heavy industry. There are wrecks of famous Soviet machines such as the T-64, T-80 and T-72. Until the dissolution of the USSR the plant specialized in repair of engines and tank optics, by approximately 60 used the repair in the month.

Super pictures of this unique cmentarzyska you can find on:

It's true that it's good to have such equipment 😉