ENTRIES WITH A COMMON TAG

You are viewing entries with the same tag 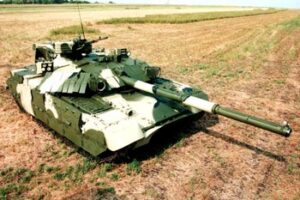 In times of “the reign” USSR, the city of Kharkiv, was one of the largest and most important centres of weapons in the Soviet Union and the Warsaw Pact. It is in Ukraine, the Soviet built such a great tanks as: T-34, T-44, T-54, T-55 and T-64 … Production and development of the next version of the latter combat vehicle was the task of the Kharkiv Construction Office named after Morozov and Kharkiv Plants named after Malyszev ! It was here the famous T-80 was constructed, that gave start to the magnificent series of tanks T-84 [...]