Balneological resort Truskiewiec - A unique resort situated on the foothills of the Carpathian Mountains in the valley of the Ukrainian Worotyszcze. Owes its fame to the occurrence of highly mineralized water. In the period between major Polish resort Balneological, often compared to Krynica. In socialist times one of the major resorts of the USSR. Often compared to such resorts as the Soviet: Soczi, Sukhumi, Batumi, Kisłowodsk and Yalta. 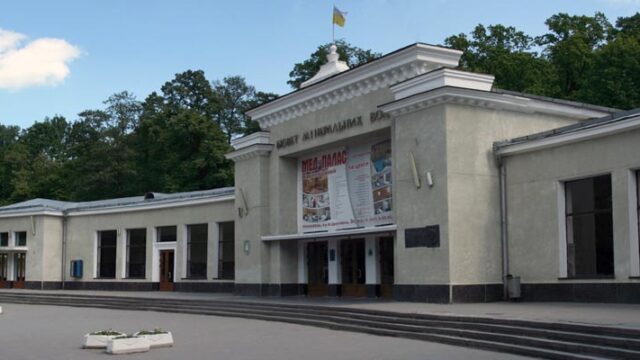 Truskavets / Трускавець, is balneological resort of international importance. It is located in the foothills of Lviv Oblast of the Ukrainian Carpathians in the river valley Worotyszcze (pool of the river Dniester) at a height 400 mnpm. Owes its fame to the occurrence of highly mineralized water, among which the most precious is "Naftusia" / "Нафтуся" (from the Ukrainian word diesel - Petroleum). It is a sulphide hydrogen alkaline-earthy Szczawa.

The curative properties of mineral waters have been known Truskawiec long. As first described by the royal physician in Wojciech Wink 1578 year. Then Gabriel Żączyński, author of the textbook published in 1712 under the title "Natural History", wrote, that during this period in Truskawiec surrounding mined oil Drohobych, and water, which it was accompanied by local peasants drank for the treatment of many diseases. Officially Balneological Truskavets function given in 1827 year, when after a series of test drilling to find oil reserves, Geologists have discovered a few more sources of water.

Water from each source was different chemical composition and lent itself to treatment of various diseases. During the reign of the Habsburgs really cared about the dynamic development of the resort and a lot invested. Among other things, was built here the water pump-, pensions and the park was created spa.

A 1909 Truskawiec years has been brought to the railway station and built. The resort was so direct rail connection to Lviv, Vienna, Krakow, Prague and Berlin.

In the interwar period was an important Truskavets, Balneological kurortem Polski, common comparator in Krynica. Rested here, inter alia, Jozef Pilsudski and the presidents of the Second Republic. At Pomiarkach resort built around a large swimming pool, arranged around the tennis courts and sports squares. The banks of the lake was covered with golden, sea ​​sand. Rapidly growing popularity of the resort. In 1923 years wypoczywało here 6 080 people. Over the next four years that number doubled, and 1927 year reported 12 633 people. Season 1933 year marked the largest number of visitors – 17 000 people.

Second World War brought great destruction in Truskavets and fall. Beautiful houses and villas converted into military hospitals, from the front lines where wounded soldiers were brought. The city began to function as a military recovery center. Natural History Museum also suffered, collections which were sent to the Soviet Union. 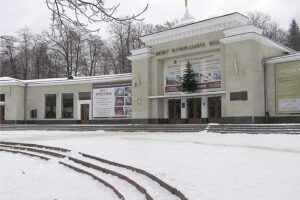 After World War II-resort town came under the administration of the Ministry of Health of the USSR. The Soviet authorities ordered the rebuilding and reconstruction of the city, nationalization of the entire property and construction of new multi-storey complexes sanatoriums. Built two water pump-around resort park. In socialist times Truskavets was one of the most important resorts of the USSR balneological. He was often compared to the resorts: Soczi, Sukhumi, Batumi, Kisłowodsk, Yalta and other. Wypoczywały here every year hundreds of thousands of visitors from around the bloc.

From 24 August 1991 year, Truskavets is located within independent Ukraine and operates within a market economy. As of 2009 years to function within it 19 sanatoria and 20 B, that may take time to 15 thousand bathers. According to information posted on the official website of the City Truskavets, number of accommodation facilities increased intensively in connection with investment in hotel infrastructure to foreign investors. An example can be build in 2008 five-star Hotel Rixos years. An additional opportunity for the development Truskawiec became the city's choosing in place of training and accommodation for soccer, which will take part in matches held in Lviv in the UEFA European Football Championship 2012.

In Truskawcu in August 1931 y., in a boarding house run by nuns Greek-Catholic wooden churches were the successful Assassination Of Hołówkę – known Polish politics, dissident and playwright dissident movement and the creator of BBWR prometejskiego. Tadeusz Hołówko was one of the most active supporters of Polish cooperation – Ukrainian and advocated the abolition of the opresyjnej policy pursued by the authorities of the Ukrainian minority in POLAND II. Coup made members of the local cell of the highest authority of the organisation command OUN. There is also a legitimate and reasonable suspicion, that too for the John constant Soviet service(THE NKVD),which they used for the bojowcy of the OUN tool to achieve the intended purpose – zantagonizowania Polish and Ukrainian communities and “dimensions of Justice” najwybitniejszemu działaczowi motion prometejskiego, whose purpose was to “sprucie after the Soviet Empire seams nationality”.

Recently badam period before the war ( a rather międzywojenny ) Drohobycz region and Truskawca and unfortunately there are many human crimes everywhere.
The Worst, that usually suffer people, who wanted to do something good, who were the intelligence and had only good intentions.

Difficult times of change and social revolution, not everyone who managed to survive.

The sublime goal to link nationalities that once lived in good harmony. Divide and rule, unfortunately, is more often used tool.

If You would be interested in the character and work of Tadeusz Hołówki – the form of arcyciekawej and nietuzinkowej, I recommend his biography pen Iwo Werschlera pt. ” Z dziejów belwederskiergo camp. Tadeusz Hołówko – force and primary”, issued in the years 80 – These 19th century.

We were in August 2016 and in August 2017. in Truskavets. resort 100% and rehabilitation center ” Shakhtar” jescze would drive not once but we do not know what we have to fix the office. Help is best at the beginning of September.