Svalyava / Свалява - zakarpackim circuit city located on rivers and Swalawka Latorica. Young Spa, brought to life in the second half of the twentieth century on the basis of the salt mine and numerous high-level water sources mineralogical. The Soviet authorities gave city status balneological resort, which is rapidly growing to this day. The spa waters known to occur a "Borzhomi" / „Боржомі”. 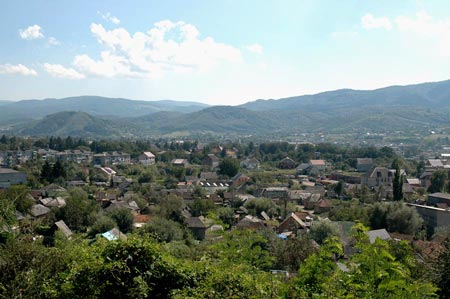 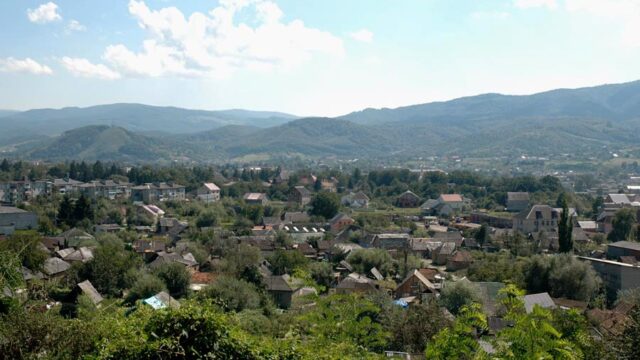 Svalyava / Свалява zakarpackim circuit city situated on the rivers and Swalawka Latorica. The etymology of the name comes from the period Svalyava, when settlement on which area there was salt, belonged to the historical land of Maramures treated as part of Transylvania. Large quantities of salt were transported away , and the word Svalyava is derived from the Slavic core "salt" - Zolva / Зольва, Solava / Солява, Solva / Сольва.

There are numerous sources of mineral water for drinking and bathing. These are the brine water, sodium, potassium, chloride with a high mineralogical level. There are also water-type "Borjomi" / „Боржомі”. The healing properties of these waters were known to local people in the Middle Ages. Mineral waters from the surrounding of Svalyava are known all over Ukraine. They are bottled and distributed throughout the country under the names: „Svalyava”, "Polana Acid" and "Łużanska".

The biggest monument of the town is a wooden church dedicated to St. Michael the Archangel from the time of the sixteenth to the eighteenth century and the Roman Catholic Church. Uśnięcia St. Mary of the nineteenth century.