Huge sulfur pit, being closed sulfur mine of open pit deposits of sulphur near Yavorov in Lviv oblast in Western Ukraine, is ideal place for camping and grill, a paradise for lovers of fishing. Former sulphur mine is called "the sea", because huge size of the lake, allow the creation of strong waves on the water inflatable by wind, and the occurrence of sandy beach. 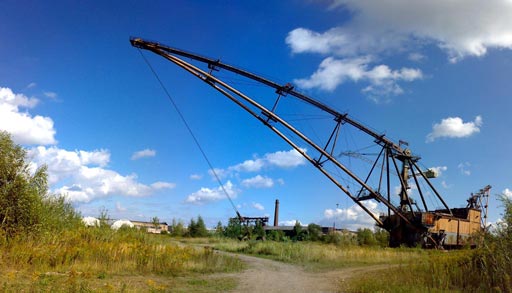 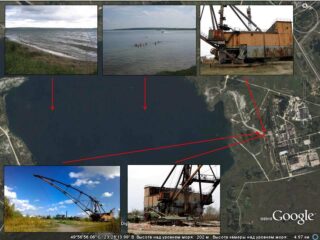 Large lakes in Poland and Ukraine arising as a result of the flooding of the workings (mine), have a similar story. In Soviet times invested heavily in the production of this element, but after the fall of the "Red Empire", demand for gas has dropped, Chemical industry virtually stopped. Central authority abandoned mining and pumping out water, which resulted in completing the excavation of natural ground water and rainwater. 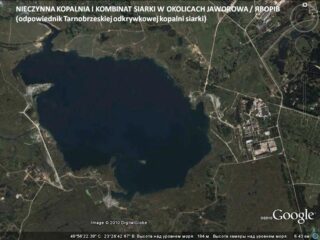 At present, the sulfur mine is called "Sea", because huge size of the lake, allow the creation of strong waves on the water inflatable by wind, and the occurrence of sandy beach. The lake is stocked and intensively used for recreation by local people. This is a "wild" local swimming pool, camping place, grill, a paradise for lovers of fishing. There is no tourism infrastructure and the accompanying. 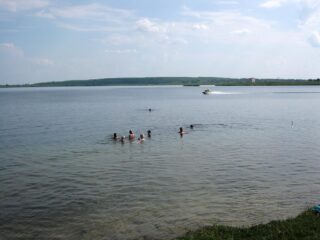 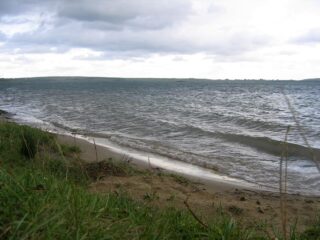 For those who love the Soviet "giants", invariably have to visit the "Iron Monster", more often called "Transformer" - a huge excavator, machine, who served in the sulfur pit mining. Such a giant is not often possible to see ! 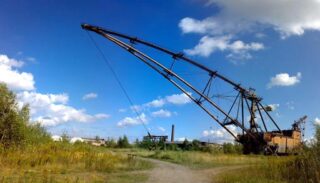 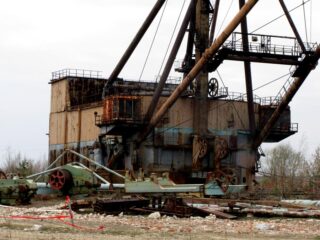 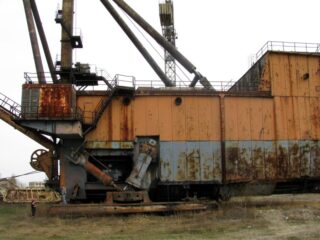 Access to the lake is not difficult. It should get to by bus or shuttle Jaworów from Lviv, and local commuter buses. On site there is a possibility to organize the tent camp and to make purchases of supplies in the local village shops. For tourists waiting for hot water in summer, great meadows, Long sandy beaches and unforgettable views.

camp, Jaworów, lake, sulphur mine, made in USSR, Beach, USSR