DROHOBYCH SALT MINE AND FACTORY – Hello 2

Introducing to you the second part of the article, on the Drohobyckiej of the mine and Factory salt. This old and a well-functioning plant will now again the hero of the article describing Drohobyckiej Żupie! Old as Drohobych "manufaktura", located between two old wooden cerkwiami, today produces the renowned ' Jodowaną Salt Drohobycką "… is also a" well-functioning located at the "Museum of the Earth Drohobyckiej! For a small fee you can comfortably explore the establishment under the supervision of employees, and also do several photo souvenir. 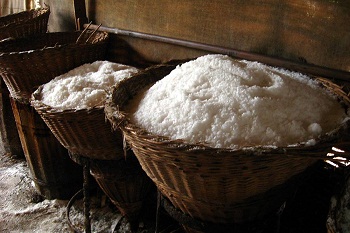 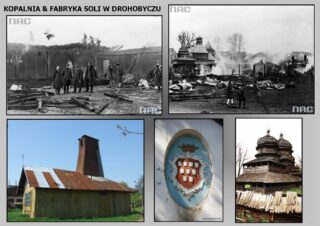 For 15 minutes walk on foot on the street Żupną with Market Drohobyckiego, You can reach one of the most important historic districts in Drohobycz-to "Drohobyckiej" the Nitra district. Located by the River Seret, a small subdivision lies on the rich seam of salt stone. Under ground in the hundreds of thousands of years was the underground lake is Salty Pond. It is the salt water "brine", warzyli first settlers Drohobycz. Was then the small factory, that makes salt stone to various regions of Russia and Kingdom of Poland. The factory has always been drewniano-ceglanym object and sometimes płonęła.

Different are the stories and versions of the ' Nitra district in Drohobych ". Some records say, that salt was Drohobych wydobywana and warzona at the beginning of the 12th century. It was sold in various forms – among other things along "Shaped" salt. A merit for Polish State, Drohobych received the coat of arms, that was nine "Topek". In 1788 year Austrian authorities zamienili to nine barrels!

Being in Drohobych, inquiries should go to Old Nitra district, because it is precisely here begins the history of Drohobycz!! Centre, church, also, the synagogue and the boroughs of willowe arose in subsequent, later periods is in effect a long, centuries of evolution and transformation of urban tissue.

For the lovers of the history of the industry on the Eastern Kresach, to Drohobyckiej the mine and Factory of salt will be an interesting experience. We encourage you to become familiar with the other articles on our website, that actually did some Drohobyczowi and Old Żupie.

Welcome Welcome to the Drohobycz !!!