Shatsky Lakeland is located between rivers Bug and Prypyat among forests in the Shatsk region. The largest lake of this Lakeland is lake Svityaz (ukr. Світязь) area, which is the second largest natural reservoir of Ukraine after Lake Yalpug (ukr. Ялпуг). At Shatsky Lakeland are ideal conditions for diving. This is due to high content of silver (Ag) in water. 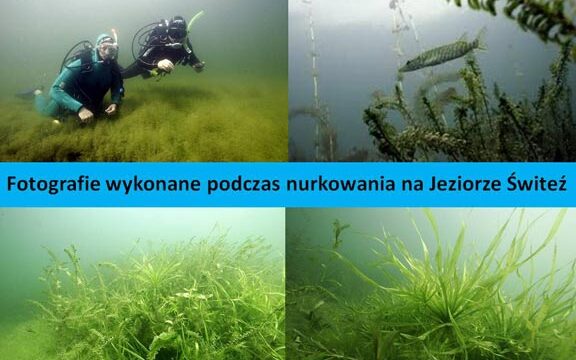 Lakeland outwash plain is within Lowland Poleska (Polissya Volhynia), and its lakes are located in large lake bowls. Most of the lakes were created in chalk board during the Pleistocene. There are also lakes, which arose as a result of accumulation and increase of alluvia of ground water, for which favored the low slope in the absence of permanent surface runoff.

The edges of lakes are covered with fine material and gravel sand, sometimes there are marshy areas. The bottom is usually covered with sand and mud material or peat. Supplies are exclusively due to atmospheric precipitation and by groundwater, often using the exchange channels, which connect the lakes in one system. Mineralization of water is moderate or low and varies in the intervals 75 – 125 and 200 – 250 mg / l.

In the twentieth century, it was decided channel connection Lakes of the River Pripyat Świtiaź, which resulted in a connection of water of the Baltic Sea with the Black.

Etymologically, according to the topographical dictionary of the Ukrainian language word "shacky" comes from the word "oshatnist", which can be translated as "beauty".

At Shatsky Lakeland are ideal conditions for practicing diving. This is due to high content of silver (Ag) in water, which has a high chemical activity of purifying the water of lakes and algal blooms. As a result of high water clarity promotes underwater observations and photography diverse flora and fauna. Besides diving is intensively developing sport fishing, which brings together both professionals and amateurs.

Hello, I spent the last year 2 tyg.nad Lake Switez,wonderful lake,Clean water,wonderful rest,recommend!!!
I select the accommodation in Crimea can be found cheaper then privately in Lakeland szackim.Ogolnie I really liked!!

Welcome to Ann! You're right, the lake is beautiful! you were only on the lake or odwiedziłaś Switez other? As it developed last year's prices?

Yuri if you can write on what terms you can wędkować on the Świteźu and the nearby lakes.

Świteź is part of the National Park, so you must have “Fishing Kwytok”, for that, you can ask at the point where the releasing of visitors or in forestry.

He also said, You can fish and without this “ticket”, so many people do. Mainly fish lightly and purely hobbistycznie.

You should therefore ensure that “Fishing Kwytok” just be sure to check whether they are stamp and whether this is an official document, instead of a paper.

Hello Yuri.
Thank you for the information.

Hello Yuri and Artur,
can you recommend any accommodation Lake świteź?
We choose there in August and are looking for a detached area etc.

Hello!
I'll try to recommend a good book, on how many people and what price range?

Hello,
will us 6 people, price range 45-55zł per person.
cared by us on the spot near the Lake
Thanks and best regards

Hey! Just wróciłam with weekly stay small.
Mieszkaliśmy in the House, It was us 4 adults + 4 children.
If still you are interested in rental of premises is gladly służę contact. Hosts przemili, just go to the beach by the way.

What can you tell about your exciting travel and what everybody was on the Lakes Shatskikh?

Hello. I recommend especially the rest of the Switiaż because the Lake is beautiful. From practical 27 years jeżdzę there every year on vacation. Do not give the atmosphere of people vacationing there, Nice, hospitable hospitable.

Hello, If any of the present had the opportunity to dive into the Lake Svitiaz? Please any inforamcję.