Location of the town of Variazh. More than a dozen kilometers to the North-West of Sokal, in the lush meadows of endless Polish-Ukrainian borderland skryła village about how exotic and stimulating imagination called: Waręż. It is literally on the border. To the neighboring, located on the Polish side of the border cordon already Oszczowa, is closer than the proverbial stone's throw. For the road […] 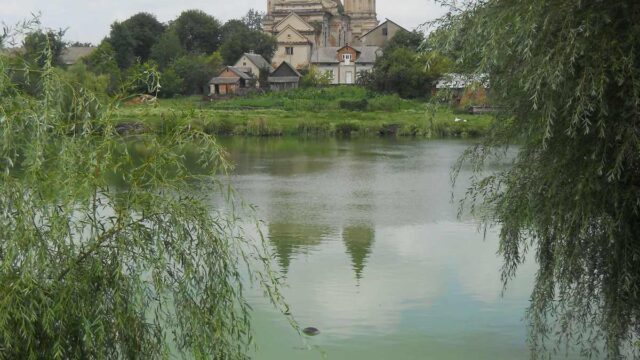 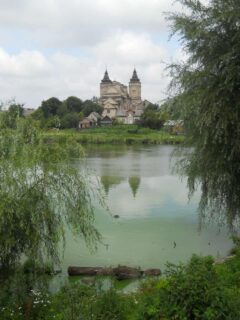 Location of the town of Variazh.

More than a dozen kilometers to the North-West of Sokal, in the lush meadows of endless Polish-Ukrainian borderland skryła village about how exotic and stimulating imagination called: Waręż. It is literally on the border. To the neighboring, located on the Polish side of the border cordon already Oszczowa, is closer than the proverbial stone's throw. To the road linking Czerwonohrad (former Krystynopol) with Vladimir Volyn some 7 miles. Isolated from the hustle and bustle of civilization Variazh the impression of Arcadia, in which time stopped. About forgotten by God and the people of the village on the Warężanką it got a little louder in the 2011 y., When the idea of convergence of cross-border community, the avant-garde artist of Lublin Jarosław Koziara made on podwaręskich art boxes design, an example of a landartu from the top shelf (.http://www.landart.lubelskie.pl/artists/view/id/23). Then again on the tranquility reigned Warężanka.

Historical events in violation of

However, it is not always so at times. Have your Variazh 5 minutes in the history of the. Was founded in 1538 y. by Felix Oszczowskiego ( in place of the existing parish-which 10 years earlier was renewed by his relative Christine from Oszczowa) under the privilege granted by Sigismund the old. Variazh was established as a city. By granting the rights of Magdeburg, the King set 3 fairs a year and market day on Tuesday. At the beginning of the 17 century the town became the property of the brand Matczyńskiego, the Crown equerry von Schall. In 1676 y. all the original approved and obtained privileges over time, rights and freedoms.

The College Of The Piarist Order 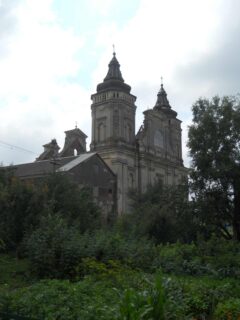 Matczyński, favorite companion of Jan III Sobieski, founded in 1688 y. Piarist College-it was reliably the most significant charitable event in the history of the Waręża. The Foundation has been subject to protest by representatives of the Academy of Zamojskiej, who are relying on your privilege of the Foundation, stating, that no one is allowed to open public schools within 12 miles (mila Poland = 7146 m) from Zamość demanded the closure of the emerging competitive education centre-scientific community. Piarists originally ugięli under pressure but later, having received the support of the nobility on the Regional Council in Bełzie, their "protestację" get there and have the approval of the Foundation by Diet 1690 y.

The beginnings were modest. Was first under preparation from one teacher, However, in the 1699 y. were already lined items from infimy (the lowest class in which taught Latin grammar) to rhetoric, in 1708 y. come and philosophy and a full catalog of courses common for College pijarski.

In 1740 y. titular bishop of antypatryjski Joseph Łaszcz-after having Waręża – He began the tedious work of the climb the building of the College, that first completed his heir, wojewoda ruski Franciszek Salezy Potocki. When the College was very old icons to life for a poor nobility. After the occupation by Austria of bełskiego (partitions of) Piarists left Variazh. Józefinizmu policy, collegial church – in 1784 y. – the temple was converted into a parish community, While the existing church replaced the parish. It is worth mentioning, that among the Faculty of the College waręskiego was-in his end-period-Ignacy Zaborowski, the author of the first Polish logarithmic tables. Waręski popijarski Church, founded in 1693 y. by Mark Matczyńskiego, that after death he found in his crypt your grave, It was an impressive example of the beauty and grandeur of the architectural style, that today we refer to as the Baroque kresowego was a single-Aisled building, built with bricks, covered with two towers. On the square in front of the Church was richly carved Marian column. The Interior of the Church was adorned with splendid frescoes. At the vault unique monumental character of God-the father, of the Holy Spirit over his head should appear as a dove. In the main altar there was a picture depicting allegorical accompanying Christ Church. Mark is the patron of the temple – at the time of his death. The image in the altar, with fresco painting at the vault, create one integrated composition. Currently, St. Peter's Church. The brand is in the State of ruin but even in such a condition to amaze me and kind of beauty and dignity, acting dominant waręskiego horizon. Its characteristic silhouette of an eye, No matter what, from which side we are approaching Waręża.

In addition to the popijarskiej of the temple make the Violation a peek at that Church (the former parish church). 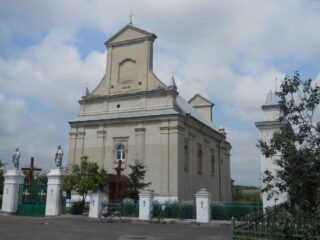 Your place at the Polish Cemetery, where still retains some old tombstones. Look for traces of the Jews kirkucie (my attempts ended in failure-however, it is known, that was okopisko, as that because of its urban character and relatively frequent fairs and trade fair days, in violation of for a long period of large Jewish community was present).

Roam the Green, the borders of the dense meadows, okraszonych romantic ponds, ścielącymi between Warężem (the front line despite the smooth-running in violation of "zastawni" does not intervene) and Uhryniowem – where soon-to-be new border crossing Dołhobyczów-Uhryniów. Finally-years but not least-soaked up in a nice little beauty exceptionally original in form pillar shrines, Standing at the entrance to the Waręża from the Sokal, from which – nothing from the pulpit – You can also reach to the sight of the entire waręską Arcadia.

The fate of Waręża splatały with the latest history of the Polish, so there is no need to describe in detail their subsequent views. You can only select, that, in the 1939 y. Variazh found within the boundaries of the SOVIET UNION , and after the second world war – and it is a curiosity worth undoubtedly attention-until 1951 y. It was within the limits of the Polish. In the same year as part of the official exchange of territories ("Bieszczady bag" for Polish in Exchange for węglonośne around Czerwonohradu for the SOVIET UNION) She was transferred to the SOVIET UNION.

Sir Arthur, with regard to the status of Waręża in 1939 y. This is not true, that after the defeat of the SECOND POLISH REPUBLIC in the 1939 y. Variazh found within the boundaries of the SOVIET UNION!!! From the date of 26 October 1939 y. to day 22 June 1941 y. Variazh was a village located within the limits of the so-called. The General Government, (a) from 1 August 1941 y. Variazh is a municipality in the District of Galicia included in the General Government.
This is clearly confirmed by the German documents, as well as a map in the annex to the Treaty between the III Reich and the USSR of 28 September 1939 y. I suggest so you don't duplicate erroneous data from Wikipedia but always check the information in source documents. Nota bene, which would need to be in Wikipedia to correct the information, that Variazh from 1939 until 1941 He belonged to the USSR because it is not true and interferes with the memory of the people coming from these sites, who have German identification documents with 1940 year. Yours sincerely.

Thank you very much for the correction.

By the way, as in the vicinity of the Waręża ran the German border – the Soviet?

Sir Arthur, on the day of the German assault on the USSR 1941 y. then the border around Waręża was marked out by invaders in the North and East of ok. 15 miles from this town on the River Bug, and to the South by Krystynopolem (now: Chervonohrad) runs on the river Sołokija, Lublin Voivodeship. More or less like, as in the area of the PEOPLE'S REPUBLIC in the border Waręża-Commander 1945-1951.
The easiest source of information on this page will let you: http://www.starenowemapy.pl While the map source from this period can be seen on the sides of the historical theme of the so-called. The General Government or the agreement between the III Reich and the USSR of 28 September 1939 y.