UEFA European Football Championship, and the official UEFA EURO 2012 - is fourteen football tournament for European Championship. According to the official rules of the UEFA competition and voting was carried out, where the joint bid of Poland and Ukraine won. In Kiev 14 December 2009 it was officially presented the tournament slogan, which sounds: "Together we create the future (ukr.) Творимо історію разом" and on the same day showed to the public official logo! Summer 2012 year, Ukraine and Poland will host the Euro 2012 !!! 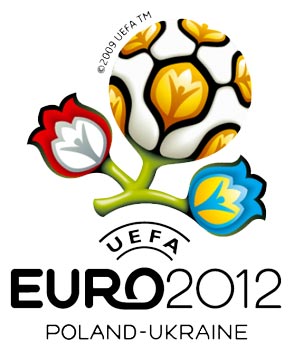 According to the plan, tournament will be held in four Polish and four Ukrainian cities. 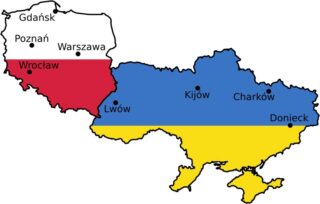 The final game will be held in Kiev at the stadium National Sports Complex "Olympiysky" (ukr.) Національний спортивний комплекс „Олімпійський”.

In the table presenter summarized data on the location and technical characteristics of the host stadiums in cities ("host cities") UEFA European Football Championship 2012. 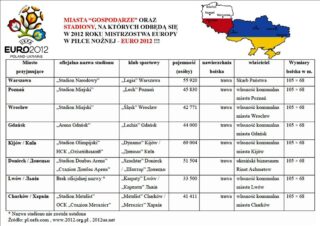 All the stadiums scheduled to have the same surface and dimensions of the pitch. Is varied the planned capacity or maximum number of spectators. of objects. The greatest number of seats reaches of NSK "Olympiysky", while the smallest stadium in Lviv, which does not yet have a name. 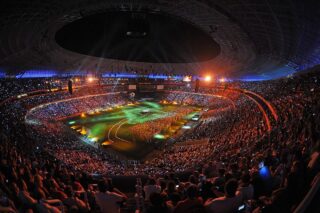 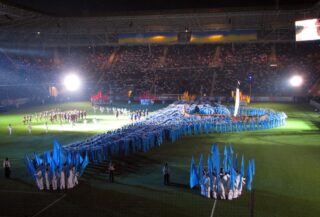 EURO 2012 is a great advertising campaign ! Promotes the development of technical infrastructure, road, transport and tourism. Have positive effect on perceptions by visitors the organizers countries. Through the development of transport infrastructure, including the expansion of airports and bus stations, increasing the availability of different areas of the country. 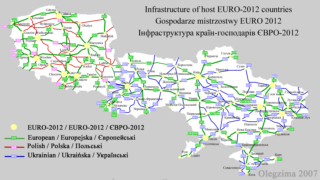 Modernization of border crossings are also been done. An example would be the expansion of international, road border crossing Sheginie - Medyka, where created a new belt for foot traffic and at the same time increased the throughput for road transport !!!

The arrival to the EURO 2012, is yet one more reason to visit Ukraine!

Ukraine is waiting for you – SWITCH ON UKRAINE !!!