Every nation in Europe, especially in Central and Eastern Europe is able to brew beer, has its own breweries, own species of this noble, golden drink of the amber-colored ! Also, the Ukrainians for centuries have learned to brew the perfect, delicious and hop beer ! Our today's article - just devote this divine drink, that every conscious european - considers it an integral part of their culture and history. So stay tuned, and we will conduct you through the unknown world of the Ukrainian beer !!! 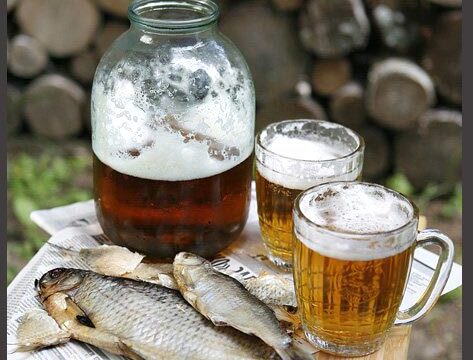 Often I hear from colleagues from Poland:

I answer when, that Ukraine is the enormity of beer, dozens of brands, which today as "mushrooms after rain are rising" ! We have a beer: Dark, clear, cloudy, juices, White, Black, new honeybee, sweet, gorzkawe, …. and many other, not counting those with different additives in flavourings !

And so to bring its public image / the Ukrainian beer market situation is podzielę this article on a part. Segmented. First, przetoczymy, Ukraine's largest producer of beer and the best known brands, and later the other. Because I'm not able to convert all brands of beers, in particular, those regional, the coverage on the market is limited, one region. And therefore:

The largest Ukrainian producer of beer in the world. National, Countrywide Brewing Company. Has one huge plant in Kiev. Beer export in USA, Canada and other countries where there is a great and in the Ukrainian diaspora !!!

The oldest beer of Ukraine ! The first Ukrainian brewery, having the oldest history, which dates back to the 18th century (1715 year) ! A tasty beer, that everyone knows the pole. Export abroad of large lots.

National Brewing Company-ponadregionalny ! Large batches of beer distributed around the country. Known in any Ukrainian region !

The species is: clear, premium, strong, juices and soft ... !

Large automobile ponadregionalny, who knows every Ukrainiec ! Interesting is the fact, the bokserzy Brothers Klitschko, are the shareholders and founders of the brewery !!!

Regional beer, Having also national. Donetsk Brewery ! There is prevalent. Has many species in the local market, While few in circulation nationwide !

Regional beer, which like Sarmat, featuring national. Brewery Charkowskiego-region there are more species of the beer !

Regional South-Ukrainian beer. Comes from the region of czarnomorskiego, There is a very popular. In circulation national exhibits large masowości !

Regional brewery – does not have a large range-unusual ! 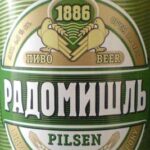 Young, thre, a strongly growing Brewing Company, who recently conquered the market of beer on Western Ukraine !!! Its traditions piwowarskie, just as the Lviv Brewery, began in the 18th century – if you saw a lot of private workshops piwowarskich. Currently it has placed on the market of "enormity" of species, the types and brands of beer, which operate under one logo and flag !

Among them are such species as the most popular version: Stare Misto, Avtorskie, Alternatyvne, Crown, platinum, Black, lager, clear, nacjonalne, soft and strong ... !!!

There are also many other brands, species and types of beers of Ukrainian. Occasionally appear on the Ukrainian market and warmed up the evolving! These are strong beer, cheap, clear, expensive, low-budget ... in total, as in any country ! Przetoczę a few of them, These are such beers as: 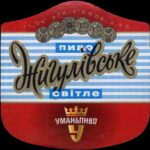 Of course pominąłem international beer and Brewer's concerns, which are in the markets of all countries of the world. Everyone knows these brands and thought, that you do not need to be exchanged. I Think, that this article will be very helpful for all lovers of beer, they want to choose an unknown Ukraine and where the occasion serves the divine trunkiem !

At the same time, we remind you, that beer like any beverage alcoholic drink head and moderation.

I encourage everyone to try the above commenting its beers and observations in comments ! I greet all cordially on behalf of our creative have !

A great topic and actually quite an extensive dissertation is needed here 🙂
Through these photos, until the zatęskniłam for my faworytem – Bialy 🙂 beer from Czerniowice

PS. The topic of beer would also receive a few words about the famous acid!

Interesting if someone developed his thesis on this topic, received Ph.d. Nutritional Sciences;)
On the occasion I remember White;) You have any favorites yet?
I Am Concerned, You can buy it in Polish supermarkets or stores completed a. Obolon na 100% sell.

🙂 It is ! Chernigov piwko is excellent – (a) properly is a whole series of white beers: White, the white night and white honey ! 🙂 As for the Ukrainian kvass, We write an article on bureaucracy ! I greet warmly and zachęcem to try all the “Beers Of The Unknown In Ukraine” 🙂

I appeared on the market a new product – bo white Honey I had not yet – I will try it next time, as in the AU!

@ mai: Is frankly admit, that this product or not, I have tried. Necessarily zdegustuję. And, of course, white!

@ Yuri: How will you be going to necessarily White!

Congratulations from the Ukraine!
Sorry for the low skills text – Google translator helped 🙂
So close to the case.
In Ukraine, recently he has gained large popularity with beer Mikulinetsky with truly “live” taste, Although the real taste of almost all its Garman come to forms, Although the cost of beer is about 20% more expensive than Obolon Lviv etc. .
But the true connoisseurs taste note on Lviv “Porter” really dark, very tasty, but too strong beer!
Good taste-alcoholic beer brand Baltika presented (Russia).
However,, If you find beer Sangushko which is produced in very small quantities, and is sold mostly in large quantities, then mankind taste you will never forget!

Cross-article – You probably require a bit of work – I would add Export Kaluskie – Yes, written in Polish! … delicious beer but not cheap.

Zasygnalizowałbym error here article reproduced from the label!
Beer 1715 It is not the oldest beer of Ukraine and in Ukraine!!! Why? Well, that's why, that these browarnikami in 1715 year were Polish monks, and the Lions was a Korona.